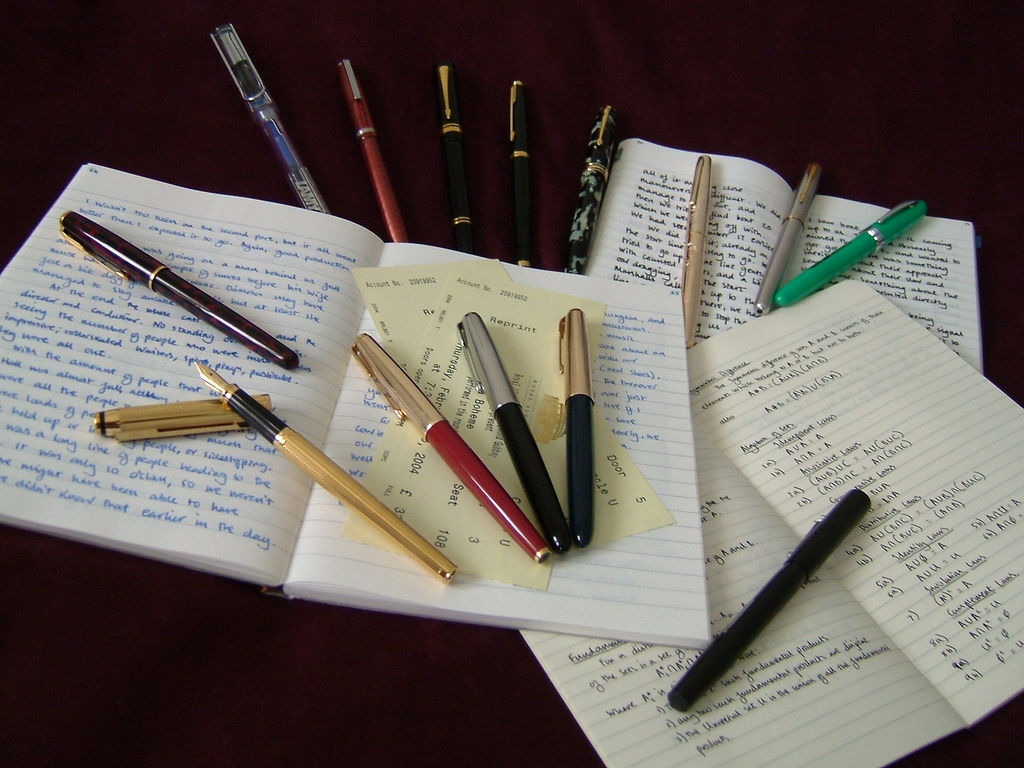 Writing is not for the weak of mind. Matter of fact, it is one of the hardest things a person, of English speaking origin, can set out to do. Writing is complicated, whether it be creative writing, which is APA format; reporting facts as a journalist, AP format; or screenwriting, a format all its own but still follows grammar, and punctuation rules, with a very concise word use economy, writing is complicated.

As a writer, learning the nuances of words and what they mean; grammar and how to use it properly; and punctuation and where it goes, can be a headache in the making. Oh, and where the heck does that ever elusive comma go?

Does it help to write every day to grasp these concepts? Anne Rice, the author of “Interview With a Vampire,” gives advice to writers about what it takes to be a good at their craft. As opposed to what most other authors say, Rice says there are no rules for writers:

Let me share the WORST AND MOST HARMFUL ADVICE I was ever given by others. 1) Write what you know. 2) You’ll have to polish every sentence you write three or four times. 3) Genius is one tenth talent and nine tenths hard work and 4) You’re not a real writer if you don’t write every day. — ALL OF THAT WAS HARMFUL TO ME. ALL OF IT. IT HURT AND IT SET ME BACK. —– So I say again, there are no rules. It’s amazing how willing people are to tell you that you aren’t a real writer unless you conform to their cliches and their rules. My advice? Reject rules and critics out of hand. Define yourself. Do it your way. Make yourself the writer of your dreams. Protect your voice, your vision, your characters, your story, your imagination, your dreams.

However, as stated before, Rice is one of few who believes this. In an interview with The Atlantic, Stephen King talks in length about opening lines. He says an opening line should invite readers to want to begin the story. The esteemed author goes on to give excellent insight on many topics for creative writing.

King suggests not using a passive voice. He says that “timid writers like passive verbs.” For the same reason, “timid lovers like passive partners.” Meaning, that the passive voice is safe. He also suggests that one should avoid adverbs. Saying that the “adverb is not a friend” and to avoid them, especially “after “he said” and “she said.'” In any form of writing one should write one word at a time. King says this is necessary whether it is a vignette of a single page or an epic series like Hary Potter. “The work is always accomplished one word at a time.”

Of course, the author suggests that taking a break is needed while writing. Now, the time one takes is different and depends on the whether a person is writing an article or a book. Articles are short informative pieces which give the audience the information they are looking to acquire at the moment. So, the time needed for a break is short, maybe an hour. However, books and longer creative pieces need longer breaks, and like King suggests for books, might even need a six-month layoff. This makes it exhilarating to come back to because the content that was written may have been forgotten, making it seem like it was penned by someone else.

King also suggests sticking to one’s own style.  He states that a person “cannot imitate a writer’s approach to a particular genre.” Meaning, even if what that writer deems as simple and easy to do, might not work for another. The author also believes that reading and writing every day is the best way to learn the craft. Unlike Rice, he thinks these things will make a person successful at grasping the nuances of writing. He says if a person “does not have time to read, they do not have time to write.” Could this be true? Or is becoming good at the art of writing a mixture of things the author has found works for them?

Whether someone is writing for creative purposes, reporting facts in a news article, or telling a story in a screenplay for it to be enjoyed visually, one must remember the subtle differences in style. King says to ignore grammar when writing creatively. However, that would not fly when writing a news article—grammar is an agonizing must.

Every word-Nazi will tell a person whether they are using; there, their, and they’re the correct way. Memes are made because word enthusiasts cringe at the misuse of these three words, and many others:

Needless to say, the list goes on. There is no real way to tell a person, “this is how you should learn these, or do it.” Because, writing, and learning how to do so properly, is different for everyone. Learning how to use words in their proper form, is hard—no, ifs, ands, or buts about it.

The most misspelled words are on the top of word enthusiasts lists as well. More often than not, a word-Nazi will fly into a post on Facebook or Twitter singing the songs of their people, telling the person who wrote the word wrong, how incompetent they are as a person, and they need to go back to school.

Weather and whether are often mixed up making the word bully come in with a vengeance screaming at the misspelling. So, to make that word entrepreneur faint and fall over, one could mix up the words rhyme and rhythm, just for laughs and giggles, hoping to snag a critique-er of words. They make nasty noises when caught. However, if one is interested in impressing a word-Nazi, things can be taken a step further.

Using some of the top 100 misspelled words in a paragraph would definitely impress.

It is acceptable to misspell a word accidentally. As long as the person accommodates by correcting the mistake and acquire a dictionary to acquit help with a word. Only an amateur would neglect to correct an apparent misuse of the word. However, if you have an argument with an atheist, about its spelling he may say he does not believe it was misspelled.

Most people misspell words because, well, because the English language is hard. Moreover, who really knows whether or not writing every day helps one to remember every use of grammar, punctuation. But, if a person is passionate enough about their craft and knows this is what they want to do, then, as they say, practice does make perfect. That is it in a nutshell.

The News School: A Testimonial